The Untitled Mars Game is early in development. It’s a light-hearted, anti-capitalist, mystery game set in a post-policing utopia-in-progress on Mars. It stars two elderly lesbians who work as investigator-mediators when crimes crop up in their solarpunk city.

Air Slip is a light-hearted sci-fi puzzle adventure. Slide your airship through grid-based micro-puzzles to evacuate a sentient planet that’s against being colonized. It for mobile devices. The trailer can be found here. 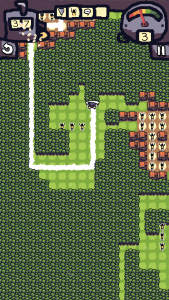 Making it to town 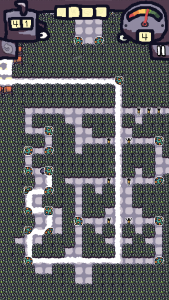 Bouncing off the mushrooms 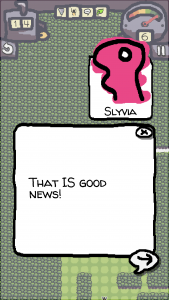 Catty Shack is an hand-drawn, 3rd-person collect-a-thon released in 2017 for Windows, Mac, Linux, and WebGL. I made this game solo. It has been nominated for Best Style in the 2017 Bit Awards.  If you’d like to watch the trailer, you can find it here. 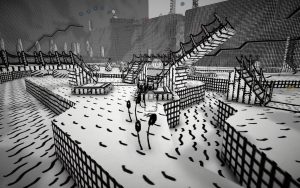 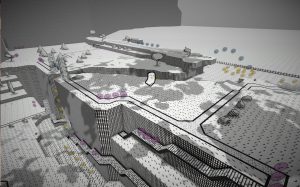 Flying high over the map 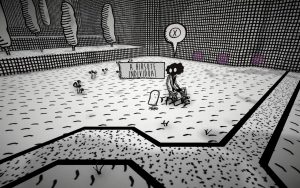 Spider the Fox is a colorful, light-hearted, 3D platformer released in 2015 for PC, Mac, and Linux (and WebGL more recently). Megan Turner did some of the 2D art and textures, including the original character concept. Besides that and some free use pixel artwork, I did everything else. See the trailer here. 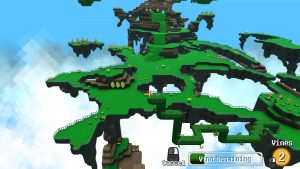 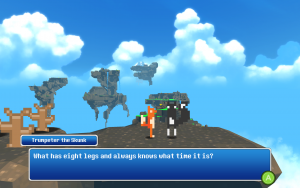 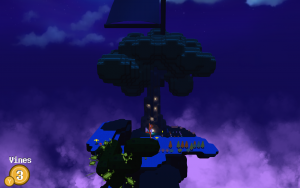 Sled World, currently only a demo, is a third-person sledding game released for PC, Mac, and Linux in 2017. I made this game solo. 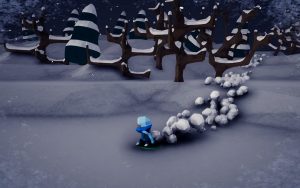 At the bottom of the hill 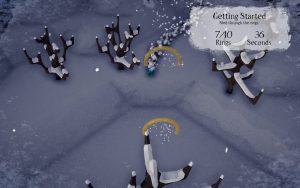 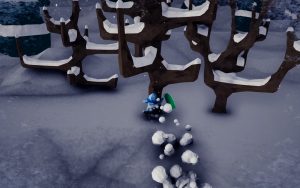 Crashing into a tree

Next: Prototypes and Side Projects